The Best and Worst Prepared States For Natural Disasters 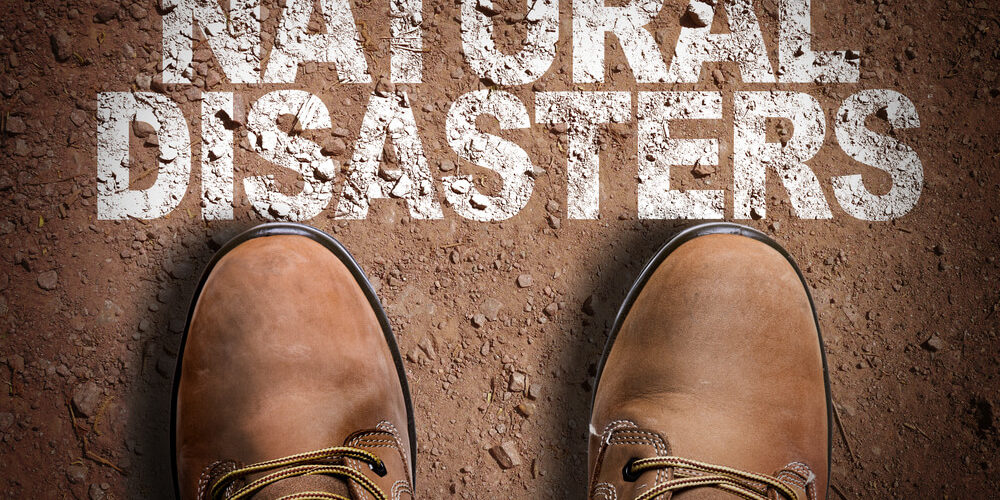 Each year, natural disasters kill tens of thousands of people around the world, and can have a challenging impact on millions. Natural disasters include earthquakes, hurricanes, tsunamis, landslides, volcanic eruptions, tornadoes, floods, brush fires and wildfires, droughts, and even heat waves. These occurrences often have an immediate effect on the livers of humans and animals alike, and can result in the destruction of physical, biological and social environments of all those who live in the impacted areas.

Though natural disasters can occur anywhere and often with little notice, some states across the country do a better job than others in preparing in advance. Though we will share more below about the states that are best and least prepared in the event of these situations, it is important to first take a look at the states that are most highly subject to these natural occurrences and resulting disasters.

Texas has experienced more natural disasters than any other state. From earthquakes, to wildfires, to floods, tornadoes, and hurricanes, Texas is no stranger to weather related catastrophes. Next on the list is California. We have all read and watched the news with growing horror as wildfires have swept across the mountainsides, leaving homeowners running to swimming pools for safety. Of course, California is also highly subject to earthquakes, of which the most famous one was likely the earthquake in 1989 that caused the Bay Bridge to collapse. And Oklahoma is the next to follow. Oklahoma has seen more than its share of tornadoes and has become known as tornado alley. Since 2009, however, Oklahoma has also experienced its fair share of earthquakes.

If you are looking to make a road trip, or even to relocate to another state, it might not be bad to understand that certain states take the preparation for natural disasters quite seriously.

The Division of Homeland Security Emergency Management website provides a wealth of information that can be downloaded for anyone looking for guidance on how to prepare in the event of a coming disaster. The site includes information on disaster assistance, preparation for nuclear attacks, and general preparedness related intelligence.

A dedicated state-run government agency prepares Utah schools, businesses, and the community at large on how to create emergency kits, store food and water, and assist those with disabilities in case of emergency.

The state government in Maine prides itself in its ability to regularly train professional staff on emergency preparedness. Further, the government strategizes countermeasures for dangerous and damaging groundwater levels, excessive ice conditions, and flood risks.

In 2018, Nevada launched a program focused on a statewide resilience strategy. The effort had the goal of aligning homeland security and emergency management efforts. Additionally, they established a deployable disaster assistance response team through Nevada Volunteers/ AmeriCorps.

The state of Hawaii issues an emergency siren system warning at the beginning of each month, which pairs with wireless emergency alert systems that then link to smartphones for advanced warning. Essentially, similar to an Amber Alert, this system ensures that anyone in the area with a smartphone can be immediately reached in the event of an emergency. Though the system did inadvertently send out a false missile alert in early 2018, the state did go on record indicating that an employee had pushed a wrong button. Regardless, this incident did show the power of the program and the state’s ability to quickly get critical information in front of Hawaii’s citizens and visitors.

If traveling to one of these states, it might be worth taking a second look. These states rank at the bottom of the list in terms of emergency preparedness.

In July 2019, a man was nearly swept off of a New York City subway platform as a result of flooding in a Queens station. On a regular basis, rain from heavy storms turns the busy metropolitan area into a water-logged mess as storms flood the streets and subway system alike. New York is simply not as prepared for flooding as it should be, and, as we saw in the aftermath of Hurricane Sandy in 2012, the state is still underprepared for larger natural disasters such a hurricane.

What hasn’t happened in Nebraska? Seven of the most horrifying and devastating natural disasters in the country’s history occured in this state over its history. We’re talking about twisters in the middle of the night, brutal winter conditions, and massive fires. However, as recently as this past spring, Nebraska saw another kind of natural disaster sweep through the state: flooding. In March 2019, the Spencer Dam on the Niobara River collapsed, releasing an eleven foot tall wall of water that destroyed multiple bridges and many buildings and causing a state of emergency across the state.

Louisiana has repeatedly landed on many people’s minds as the worst-prepared state for natural disasters across the past decade or so. Despite the fact that the low-lying state is in prime hurricane territory and in a water-logged area known for getting hit with storms and flooding as a result, Louisiana remains a state with a low amount of national guard members (when compared to its population), a low budget for disaster management, and few changes to their infrastructure across the past few years of catastrophic disasters.

Flooding is one of the most frequent causes for natural disaster declarations in Kentucky. One of the least prepared states in the country – thanks to a low emergency budget, a vulnerable population in low-lying areas, and the amount of devastation left in the wake of these weather events  – Kentucky disasters keep homeowners in the state on their toes.

Across more than sixty years, Texas has had about 255 natural disaster declarations. That is head and shoulders above the rest when it comes to how many disasters impact a state. These disasters range from wildfires to floods to hurricanes and many can occur at any time of the year. Because of their budget per capita, how prepared Texas’ National Guard is for natural disaster response, and how the state has worked so far when hit with these disasters, Texas keeps coming in at the bottom of many people’s Most Prepared lists.

Public adjusters can help you after a natural disaster

For many of us, especially those who live in states more prone to natural disasters (and Florida is not that far outside of the top five states referenced above), it’s inevitable that at some point, they will experience a natural disaster directly. And when that unthinkable and unfortunate experience happens, insurance will be a crucial component to returning some sense of normalcy to your life.

If you do experience a natural disaster, here are the immediate steps that you should take after the storm has passed.

When to hire a public adjuster after a natural disaster

You may want to hire an adjuster if your home or property experiences extensive damage, such as from a hurricane, earthquake, or other natural disaster. A public adjuster can arrange for an official and professional survey of the damage, estimate the costs, and help you file a complex claim with your insurance company. The adjuster will also keep track of the countless phone calls with your insurer and will attend meetings with you or on your behalf. They will also be able to help you find new living arrangements if your home is uninhabitable, and will ensure that you understand what will be covered and what will not.

Public adjusters can reduce and somewhat eliminate the hassle of collecting documents and evidence. Further, they will negotiate directly with your insurance company for you. This can be very welcome when you are trying to put your life and home back together. Not only that, but your adjuster will file all of the required paperwork with your insurance agency, arrange for all necessary inspections of your damaged property, and will address any situations with your insurance company if they refuse to pay your full claim. Public adjusters also help their clients affected by natural disasters to communicate accurately and efficiently with their insurers so that claim payments can be expedited.

As a homeowner, natural disasters are well… natural. However, you want to be ready for the worst and that means having an experienced public adjuster on your side. Here at Bulldog Adjusters, we understand that you want to get your life to normal as soon as possible following a disaster. That’s why we put our all into making sure that you get back the largest possible settlement from your insurance company in a timely manner.

Contact us today to find out how we can help you get your life back on track!