Earthquake (Not So) Central: Facts on Facts 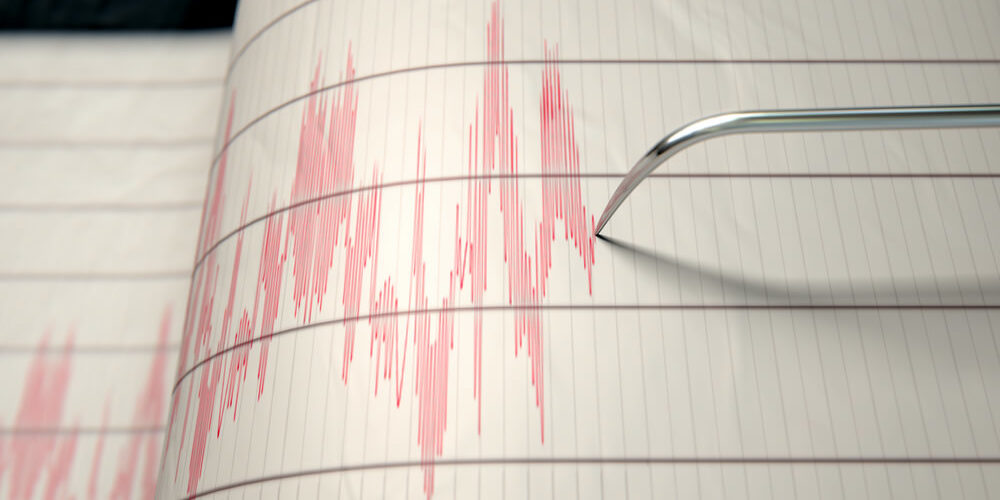 Not many people realize that earthquakes occur several hundred times a day across the world. In the vast majority of these occurrences, the magnitude is two or smaller, meaning that the earthquake cannot be felt by the average person. Over the past century, we are experiencing more and more earthquakes that we can feel, due largely to the increase in seismic stations.

Though Chile, Alaska, Sumatra, Japan, and San Francisco tend to experience the majority of earthquakes that can be felt, it is important to know that these disasters can occur at any time and can create significant property damage as well as the loss of life.

Earthquakes are caused by the sudden displacement of what were adjacent points on the opposing sides of a fault. As tectonic plates are always in a state of slow-motion, occasionally they get stuck that their edges as a result of the friction from the movement. That stress often overcomes the friction, which then results in the release of energy that travels quickly to the earth’s crust, resulting in the shaking and tremors that we experience in the form of an earthquake.

In the United States, we generally think of San Francisco when we think of earthquakes. And, this is no surprise, as many people know of the massive earthquake that struck the city by the bay back in 1989. That earthquake centered near Loma Prieta Park, which is roughly 60 miles south of the city of San Francisco. The magnitude 6.9 earthquake caused more than $5 billion in damages and cost 67 people their lives.

Each year, the Pacific Plate grinds its way north-west at a rate of approximately two inches per year past the North American Plate. Many sections of the San Andreas Fault line have adapted to this small rate of movement, resulting in small socks and somewhat moderate tremors. However, where the creep is not constant, it can cause a build-up that over time will result in a massive earthquake when the stress can no longer hold.

What you need to know about earthquakes

It is easy to forget that earthquakes can happen at any time. With the ability to predict so many other natural disasters, it seems unbelievable that we are not at a point where we can predict earthquakes. Unfortunately, earthquake forming activity takes place far below the earth’s surface, and it is highly unlikely that we will get to the point where we can predict this natural disaster from occurring, especially far enough in advance to help people get to safety.

Consider these interesting facts about earthquakes.

Earthquakes, simply in the way they are formed, are highly destructive in nature. And, the amount of damage that occurs is typically a result of the design of buildings in the vicinity of the earthquake, the location’s distance from the epicenter, and the type of material that the building sits on (such as dirt or rock).

Various building designs have the ability to survive an earthquake quite differently and the further away that you are from an earthquake, the less damage that will be experienced (if any damage at all). Whether a building is constructed on sand or solid rock plays a significant role in how much damage the building will experience. Solid rock will generally shake less than sand. Therefore, a building constructed on top of a rock surface is likely to experience less damage than one built on a sandy surface.

Earthquakes provide very little direct risk to people, and an earthquake can’t shake a person to death. However, the property destruction that occurs where people are located can be quite serious, and even deadly. The 1960 earthquake in Chile, caused aftereffects that led to the death of 5,000 people, and left nearly 2,000,000 people without homes.

Typical hazards from earthquakes include the following:

How to protect your home in case of an earthquake

If you live near a fault line, there are steps that you can take to try to lessen the damaging effects of an earthquake. Though it is impossible to predict when the next earthquake will take place, or its magnitude and the resulting damage, these steps are highly recommended.

What to do in the event of an earthquake

In the event that you are in the area when an earthquake occurs, the best thing to remember is Drop, Cover, and Hold On. This means that you should drop to the ground so that you are on your hands and knees. Then, cover your head and neck with your arms. If possible, crawl under a nearby sturdy table or desk for additional protection. But, only crawl to this space if it is safe for you to do so. Finally, if you are under a table or other structure, make sure you hold on with one hand while using the other hand to protect your head and neck. This will allow you to move with the object if it moves. And, if you are not underneath anything, use both hands to cover your head and neck.

And, keep in mind the following:

Though an earthquake cannot be predicted, knowing what to do when one happens can be the difference between your ability to prevent injury to yourself, or worse.

Sure, the last earthquake to hit the East Coast was a 4.1 quake off the coast of Delaware back in 2017, but there’s no reason to assume that earthquakes are an absolute impossibility. Because of looser building codes and a lack of preparation for these quakes, homeowners may not be prepared for a quake. And considering that we’re well overdue for a significant quake –

Now’s the time to figure out if your home or commercial property is covered and what you’ll need to do in case a quake happens.

And if you’re in Bulldog Adjusters’ service are and you have damage to your home as a result of an earthquake or another disaster, reach out for a free inspection today. We’re the fastest growing public adjusting firm in the United States and we’ll work hard to get you the largest possible settlement from your insurance company!