9 Things You Should Do When You Find A Pipe Burst : How to Protect Your Pipes 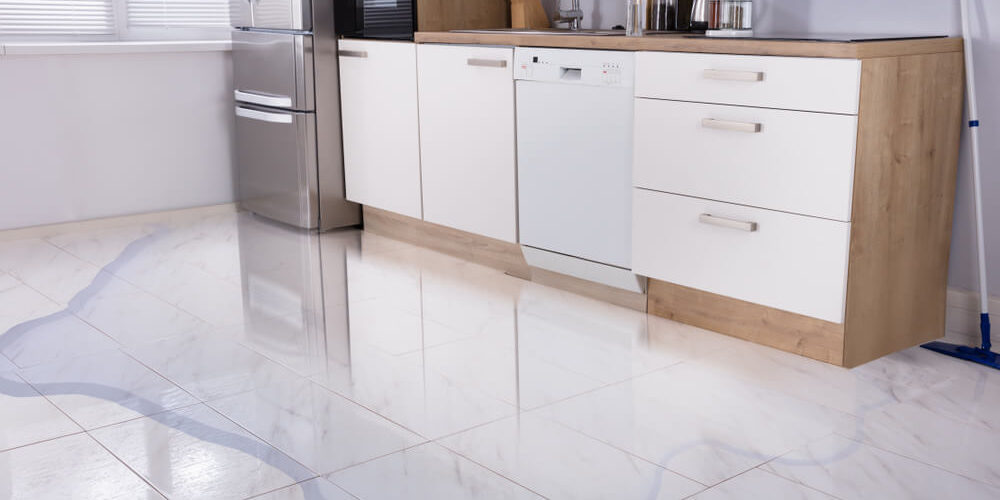 Having a pipe burst in your home can be a downright scary experience. A pipe burst can also create a lot of damage to your home. If you have a pipe burst at your home, there are some things you can do to help minimize the damage.

Finding water in your home where it isn’t supposed to be is alarming.

A pipe burst must be dealt with right away or the damage will only get greater.

Here are nine things you should do if you find a pipe burst:

Turn off the water. If you are dealing with a pipe burst, turn off the water to your home immediately. Hopefully you know where your water meter is located. Some water meters require a tool to remove the lid and access the handle that will turn the water off.

Most of the time the water meter is near the street that runs in front or back of the home. It is best to know where this is before you have any problems. The key is universal and can be purchased at most hardware stores.

It is important that everyone in your home knows where the main water shut off is located and how to turn it off in case you have a pipe burst.

If your water is from a private well and you have a pipe burst, you must locate the main shut off valve for the pump. It is typically somewhere near the well.

If possible, turn off the electricity to the area of the home where the pipe burst. This is especially important if you have standing water or a lot of water damage in the area. Water and electricity is a dangerous combination so take the precautions necessary to keep yourself and your family safe if you have a pipe burst.

Dry the area around the pipe burst as much as possible. If you have standing water, try to mop it out of the home. If there is a lot of water, use whatever you have on hand to mop it up. You can use towels, blankets and sheets to absorb the water.

If you have wet or damp carpeting, you could lift the carpet and remove the padding underneath. Also you can use fans to dry out areas under cabinets or behind appliances that are damaged from a pipe burst.

Salvage as mush of your personal property as you can. If you have a serious pipe burst that has been flooding the house for some time, you may have a lot of personal property that is wet. Move what you can to a dry area.

When you have a pipe burst, you are responsible for mitigating the damage as much as you can. This is something that is a part of your insurance contract. You must do what you reasonably can to protect and prevent further damage to your property. So in the case of a pipe burst, this may include shutting off the water and drying as much of the home and property as possible.

If you have a lot of water in your home from a pipe burst, you may need to call a restoration company. They are experts in restoring your property. They will install fans, bring vacuums, lift the carpet if necessary and can even dry the area behind walls and cabinets.

If you have a pipe burst from a freezing pipe, take measures to warm the pipes and leave the faucets in the one position. You may want to open doors, including cabinet doors to expose the pipes to warm air.

A pipe burst is a major plumbing problem. You will need to contact a plumber to repair the pipe before you can turn the water back on. Contact a plumber you know and trust to locate the problem and complete the repairs.

If you have a pipe burst, you may need to make a claim on your homeowner’s insurance. It is important to contact your insurance company right away after a pipe burst and get your claim started as soon as possible.

Have a pipe burst? Let us give you a FREE inspection.

Don’t forget to document all your damages. This is very important when making a claim. Take photos of the water damage from the pipe burst, as well as photos of any damage to the home or your personal property.

If you do have to pay out of pocket for emergency plumbing repairs or to a restoration company, make sure to keep all your receipts. You may be able to seek reimbursement from your insurance company for these expenses.

The best way to deal with a pipe burst is to not have one. Here are a few pointers:

Having a pipe burst in your home is not uncommon, especially in the winter where there is a chance of freezing pipes. Do your best to minimize the damage from having a pipe burst by shutting off the water immediately, drying the area out as much as possible and salvaging your personal property.

If you have a water damage claim form a pipe burst in your home, you may want to contact an insurance professional to file the claim on your behalf. Water claims can be expensive to repair and may require a lot of time and effort. If you need some help with you claim, contact a local, licensed, public adjuster from Bulldog Adjusters today.

How and when to protect your pipes from bursting

A pipe burst can be a homeowner’s worst nightmare. Not only does a pipe burst leave homeowners with potential expensive plumbing repairs. They may also have to deal with water damage that can be extensive and expensive.

Still, a pipe burst is not uncommon for homeowners and with proper insurance, most homeowners can recover from a pipe burst. But the best thing is to not have to deal with a pipe bust in the first place. Sometimes the situation can’t be avoided – freezing pipes, old pipes, even ground shifting and moving can all lead to a pipe burst.

Is there anything a homeowner can to do protect your pipes from bursting? What can you do and when should you do it to keep from having a pipe burst in your home?

Many times, a pipe burst happens when the temperature drops. This is because water expands as it freezes. This expansion can put enormous strain on your home’s pipes. If the pressure is too great and continues for too long, you can end up with a pipe burst.

The pipes in your home that are most at risk for freezing are those that are in unheated interior areas of the home such as attics and garages and basements. Still, pipes that are under sinks or running through cabinetry or even exterior walls can freeze also.

A pipe burst can cause thousands of dollars in water damage, so make sure to do all you can to avoid this homeowner pitfall.

A Pipe Burst in Warm Climates?

Yes, a pipe burst can happen in warm climates too. Warmer climates may not be as well prepared for frigid temperatures. So, pipes in Southern homes may not be insulated well and homeowners may not know how to prevent a pipe burst.

But there are steps every homeowner can take to protect their pipes and avoid a pipe burst.

Keep the Heat on:

It’s tempting to turn the heat off during the winter to save money on electricity or gas bills, but this can be a mistake and cause a pipe burst. Turning off the heat can be especially tempting if you aren’t going to be home for an extended period.

But let the heat work even while you aren’t home to help prevent pipes from freezing. The thermostat doesn’t need to be set high, A moderate temperature of about 55 degrees is enough to keep the pipes warm so you don’t come home to a pipe burst.

When the temperature drops, dripping your faucets can save you from a pipe burst. Allowing the faucet to remain open keeps the pressure down inside of the pipe. Just a small trickle of water will do the trick and could save you from having a pipe burst.

Open the cabinets under your kitchen and bathroom sinks., This will allow warm air to circulate around the exposed pipes. It doesn’t seem like much, but that warmth may be just enough to keep you from having a pipe burst in the winter.

Keep all your doors open:

It’s tempting to shut off less used areas of the home in the winter to keep heating costs down. The problem is this means pipes in those areas of the home are subject to colder temperatures. If the temperature gets too low you can end up with a pipe burst. Leave the interior doors of your home open allowing warm air to flow through the home.

Outside Steps to Take to Avoid a Pipe Burst

There are precautions to take on the outside of your home as well to avoid a pipe burst.

Make sure your outdoor spigots are free from any hoses. If you leave a hose connected to the spigot, the water inside it may freeze and break the fixture.

Any cracks or holes on the interior or exterior of the home near pipes should be sealed. Check carefully around appliances such as kitchen and bathroom plumbing fixtures, washing machines and air conditioners.

Insulating your pipes is a great way to keep from having a pipe burst in the winter. Pipe insulation is inexpensive and can be a great investment if you live in an area that gets cooler temperatures. Foam or fiberglass sleeves can be fit over pipes that are accessible and exposed to cold weather. Insulation can also be added to attics, basements and crawl spaces to help maintain their temperature.

When should I worry about a Pipe Burst?

Cold temperatures are the most common cause of a pipe burst. So, as the season changes and winter approaches, make sure you are paying close attention to the temperature. If it is going to be cold outside for an extended period, it is best to take some precautions to make sure you don’t end up with a pipe burst.

Other types of Pipe Burst

It is important to keep in mind that cold weather isn’t the only thing that can lead to a pipe burst. Watch for signs of:

Over time, pipes can corrode. This can eventually lead to a pipe burst.

3. Protecting your Home from a Pipe Burst

Knowing your plumbing, good maintenance and taking protective measures when the temperature drops can help keep your pipes in good working condition.

If you do have a pipe burst and need help with your claim, contact us today.